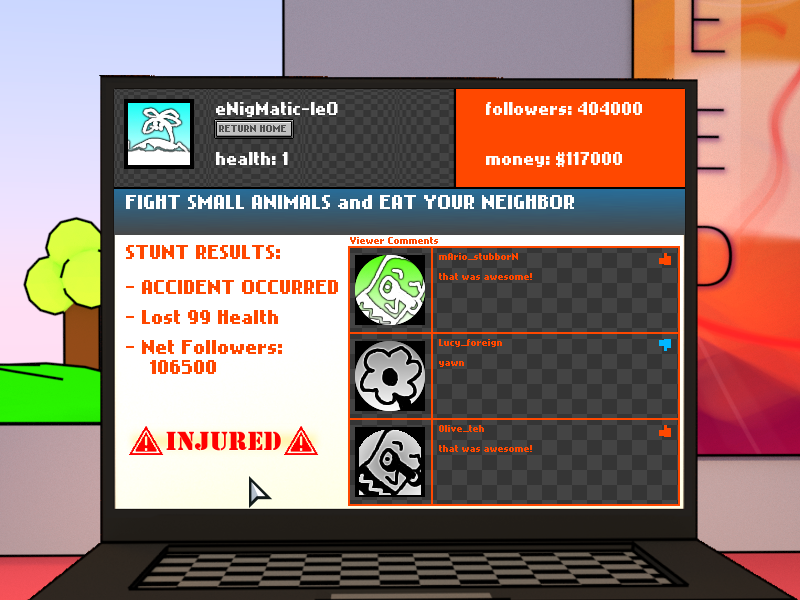 This was my entry for the 48 hour game competition Ludum Dare #40, where the theme was the more you have, the worse it is. Created with Haxe and HaxeFlixel.

The basic idea is that you're trying to get famous by doing crazy stunts and uploading them to the internet. The crazier the stunts, the more viewers you get, and the higher the risk you'll be injured.

I just wanted to get a few laughs out of people here, and since I ended up getting 12th place in the humor category, I like to think I succeeded :P